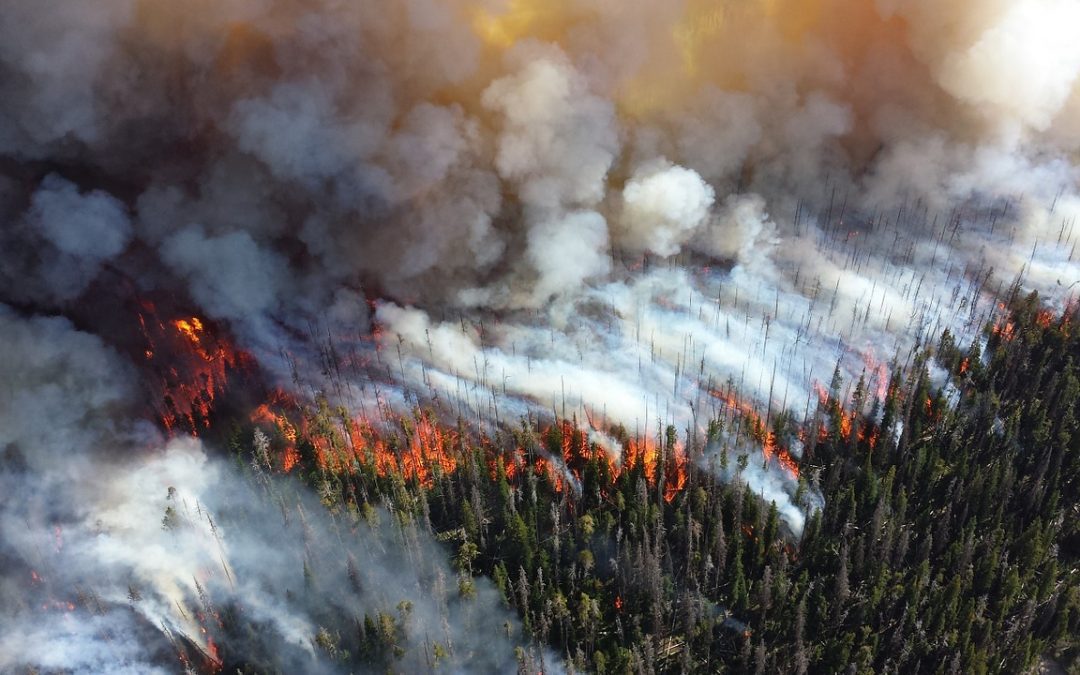 The following is a summary of the conference presented by the organization Four Twenty Seven entitled “Climate Change and Wildfires: Projecting Future Wildfire Potential.”

Briefly, the mission of Four Twenty Seven is to quantify and analyze the risk of catastrophic natural events related to climate change, and to estimate their social, financial and economic consequences on societies. Four Twenty Seven is affiliated to the financial organization Moody’s. Its experts and consultants offer an instant data analysis solution that allows their clients to measure the degree of exposure of their investments to one or more climate risks, anywhere in the world.

The conference focused on the risks and consequences related to fires, of which the frequency and magnitude have been increasing jointly for several years, around the world with the intensification of climate change. While it is always difficult to determine a single cause of a fire, as they are multifactorial, it is clear to the experts of Four Twenty Seven that climate change is creating and intensifying the favourable conditions for the occurrence of large-scale fires: long and intense heatwaves, hot and dry climate are all factors that increase the risk of fires over large geographic areas.

According to speakers, all continents present a high risk of fires. Two major factors structure this risk: vegetation cover and weather conditions. Weather conditions are determined based on the Keetch-Byram Drought Index (KBDI). Thus, by superimposing these two environmental parameters, the consultants of Four Twenty Seven succeeded in defining critical areas where the risk of fire is greater, such as the southwest of the United States, the Amazon, Australia and the Mediterranean basin (Greece, Portugal, Spain). Furthermore, due to the accelerated melting of permafrost around the Arctic, other areas formerly protected are emerging, such as Siberia, which suffered from intense fires during May and June 2020.

Taking the recent example of Australia, the Amazon or California, the impacts of large-scale fires are major for the local economy: the destruction of natural heritage, homes and infrastructure, population displacement and relocation, numerous bankruptcies and job losses, victim support, etc. The economic and social consequences are always numerous and dramatic, as much for companies as for public services.

In addition, the effects of a fire are not only localized in a specific area but can spread far beyond, across an entire country or even a continent. The issue here is the spread of the smoke plume resulting from the fire. These fumes have a significant health impact on a large portion of the territory, especially respiratory. This requires additional expenditure and increases the pressure on health systems, which are sometimes saturated or undersized. The speakers of Four Twenty Seven call these latter effects “far-reaching health impacts.” This involves significant financial and insurance challenges for people, companies and governments, redefining forecasting methods and the nature of investments. Some regions must (or should) now systematically include this risk in their private or public development plans. This adds unpredictability and uncertainty, even for non-critical areas bordering high-risk regions.

In conclusion, to limit this risk and improve the resilience of the territories, the speakers stressed the fundamental need for coordination of actions, from the local level (for example, at the building level) to the national level. Taking the example of certain regions in the United States, funds have been allocated for reforestation and development projects to reduce the risks and consequences of a fire, and to increase the efficiency of future interventions. This makes it possible to take concrete actions in favour of the environment and to create rewarding jobs for the region and the population. The gravity of the situation makes the necessity of concrete and coordinated actions ever more urgent.