Planting Trees: Are We Going the Wrong Way? 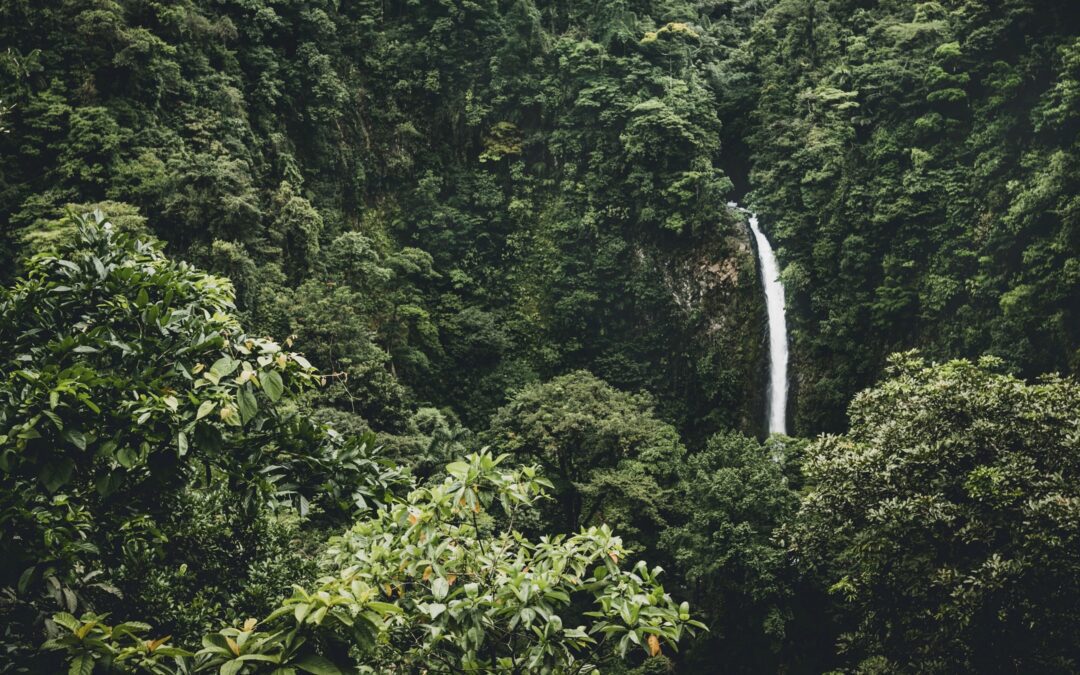 The largest tree on the planet is found in California. General Sherman is a 2, 500 years old redwood that sequestered more than 1439 tons of atmospheric carbon during its terrestrial life[1]. Few trees can compete with it while the impact of human activities on the carbon cycle is scientifically demonstrated. In 2019, more than 43 billion tons of CO2 were emitted into the atmosphere by anthropogenic activities[2].

To limit global warming to 1.5°C, we must not only drastically reduce greenhouse gas emissions, but we must also remove carbon from the atmosphere. The IPCC estimates this withdrawal at 730 billion tons of atmospheric CO2 must be removed by the end of the decade[3]. Major efforts such as the “plant a billion trees” campaign by the Nature Conservation group[4], are being put into tree planting. These reforestation and afforestation actions have a certain role to play in the climate equilibrium, but little is said about the importance of mature forests in solutions. Are we leaving the missing piece in the puzzle?

Trees, like plants, absorb CO2 from the atmosphere through photosynthesis. This carbon dioxide is assimilated into the fibers of trees in the form of simple sugars that are then converted into lignin and cellulose, carbon-rich materials, which are eventually deposited in the leaves, stems, roots, and trunks of trees. Thus, throughout their lives, trees continuously absorb carbon within their living mass[5]. This absorption is so important that forests are the 2nd largest source of carbon on the planet after the oceans[6]. It is these processes of long-term capture and storage that constitute sequestration.

Depending on local circumstances such as climatic conditions and disturbance patterns (fires, epidemics, and logging), forests can play different roles in the carbon cycle[7]. Being complex dynamic ecosystems, the result they have on the carbon footprint depends on their emission and capture pattern.

When trees die, a certain amount of carbon is gradually released into the atmosphere by the decomposition of organic matter. Therefore, for trees to be of service to us in the fight against climate change, we must ensure their sustainability[8]. They must also be able to reproduce. Young trees grow quickly, which means they remove CO2 form the atmosphere just as quickly. However, there is competition for light, resources and for space, so not all survive. Trees that win the competition continue to grow and sequester carbon over time[9].

More than 99% of new forest plantations in the last 50 years have been monocultures[10]. So, we planted a single species of tree on the same territory. Often, these plantations are dominated by fast-growing and economically profitable species such as pines and eucalyptus, which are cut every 10-20 years[3]. The emphasis is on planting young trees since their primary productivity is higher than that of old trees in mature forests. However, there is several recent evidence that the total amount of carbon in living biomass, wood debris and soils continue to increase even when the forest exceeds 200 years, contrary to what has long been believed[10].

In addition, mortality rates in monocultures are high when faced with disturbances. Polycultures, or mixed-species plantations, have been shown to be more resistant to disturbance and live longer.

By shortening forest cycles in plantations, CO2 emissions are generated, and we do not subscribe to the principle of letting the forest live the longest period[3]. It should be noted, however, that the forest industry is an important economic source in some regions. These plantations can represent substantial income and employment for communities[11].

But at the environmental level, why are we focusing on plantations and not conservation?

It is believed that the long-accepted theory that old-growth forests are neither a carbon source nor a sink is based on observations made over 10 years at a single study site[12]. But things happen in 200 years![10]

Several studies have quantified carbon fluxes in mature forests. Their observations confirm that even after hundreds of years (some articles have studied 400-year-old forests!), they fulfill their task of carbon reservoirs[13];[3];[12];[14], even more so now that tree growth is stimulated by high levels of atmospheric carbon and warmer temperatures[15]. Estimates of sequestration rates from the various studies vary as they are highly dependent on the ecosystem in question and its location.

What is certain is that by conserving existing forests, we make sure to secure the carbon that is already present in significant quantities in the soil. In addition, in the current context of the abrupt loss of biodiversity, forest conservation ensures protection of the various species present. Forest diversity is important to ensure the resilience of ecosystems and to ensure the ecosystem services are provided by forests: pollination, food source, climate regulation and habitats for animal species for example[10].

The most effective thing to do in terms of forest-related solutions is therefore to let the trees already planted grow so that they can reach their ecological potential to sequester as much carbon as possible and ensure the development of a forest that has its complement of ecosystem services[16]. What is uncertain, however, is how much carbon will be stored per tree in the future since there will be an increase in droughts and temperatures in some parts of the world, leading to an increase in the mortality rate of individuals[17].

It would therefore be necessary to increase the area of protected forests on the planet. But to what extent?

This is where a study on the overall potential of forest ecosystem restoration is relevant. A group of researchers (Bastin et al.) was able to estimate how much land could be reforested (based on variables such as soil quality and land ownership of First Nations and agriculture, etc.)[18]. After several revisions by the scientific community, it is concluded that the maximum potential for reforestation could lead to a significant storage of 42 gigatons of atmospheric carbon![19]

However, the issue remains complex since forests are ecosystems that are highly sensitive to their environment[13]. Human intervention in the forest management process could be costly if not properly planned. For example, the initial estimate of the Bastin et al. group did not consider the high tree mortality rates in savannahs and grasslands due to droughts and fires. The team also failed to consider that in high-latitude regions, the snow cover that covers vegetation in winter acts as a reflector of solar energy and that darker trees in these regions absorb heat, increasing global warming. They had planned to plant trees in these places, but we’re not going forward if plantations ignite and release carbon or absorb more heat than the initial conditions of the ecosystems!

Knowledge of forest management has increased significantly in recent years. It is possible to manage the forest to increase carbon sequestration, but it is not yet clear whether it is best to leave them alone or whether their management is beneficial. The winning solution is to increase the area of protected forests, but that does not mean that reforestation does not have a role to play in mitigating climate change.

Monocultures are not winning avenues in solutions to climate crises. Since polycultures are more resistant, carbon sequestration is already higher compared to that in monocultures. In addition, the process of ecosystem regeneration can be accelerated by planting native species, which already have a role to play in the local environment, and by expanding regeneration areas[3]. It must also be possible to strike a balance between conservation, reforestation and communities that are financially dependent on forest resources.

It is undeniable that forests must be our allies in this mission to pull out atmospheric carbon, but the way in which they are handled and how their sequestration capacity is used are the drivers of the outcome.