‘’Renewable energy will not be able to completely replace fossil fuels.’’ Myth or reality? 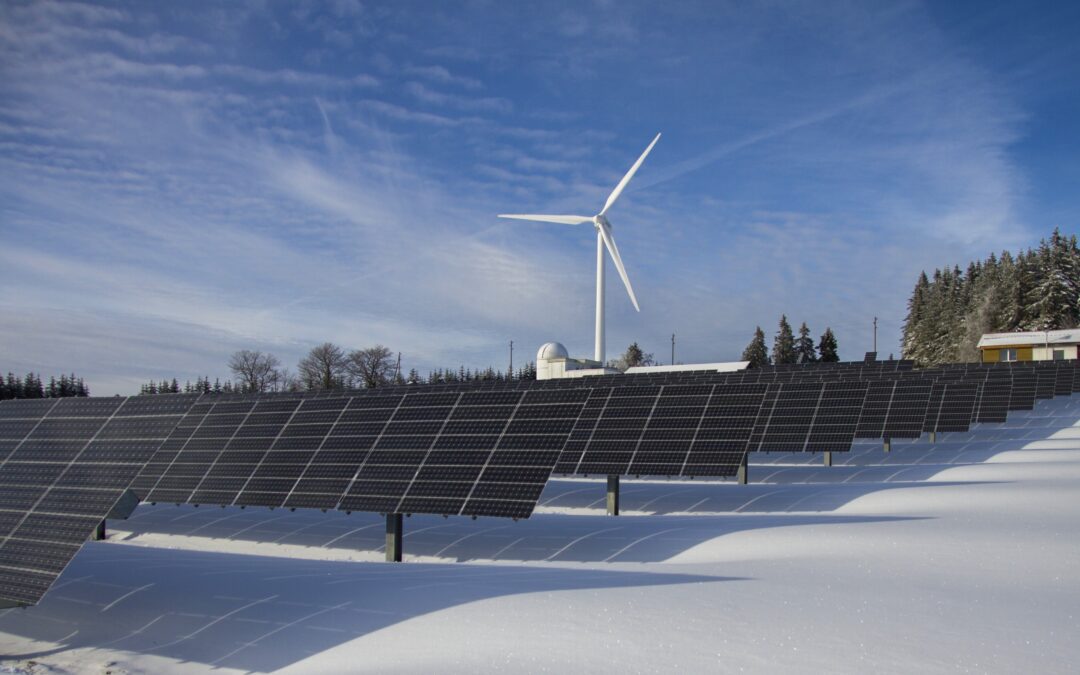 Although the agreements reached at last November’s COP26 in Glasgow induce a possible increase in global temperatures by 2.4 degrees Celsius, the 200 countries present have agreed on a transition to renewable energy. Specifically, they signed the acceleration of the end of fossil fuel subsidies and the use of coal with the aim of gradually abandoning these non-renewable energies. This agreement is the first in history to include these clear and precise words [1]. Several energy transition policies were announced before and after this conference. We can think of the cessation of the sale of new gasoline vehicles in Quebec by 2035 [2] or the planning of the tax imposed on aviation fuels by the European Commission [3]. Concrete actions that align with the energy transition are multiplying around the world and over time.

The diversification of electric car models as well as the drastic fall in renewable energy prices observed in recent years lead us to believe that a real transition is underway. Small planes are now using electricity to replace fossil fuels and the first electric ferries are in operation [4]. But will alternative energies be able to take the place of fossil fuels? In 2020, 84.3% of global energy still came from non-renewable energies despite the diversification of the global energy mix and advances in the field of renewable energies [5]. Coal remains a dominant energy source in most global electricity markets [4].

A study published in the journal Global Environmental Change in 2020 assessed the energy needs of a person who lives in a system made up entirely of renewable energies. That person would have access to a comfortable home, enough food and water, travel 10,000 km a year, have access to education, health care and telecommunications. This lifestyle induces an energy demand of 4,000 kilowatt hours per person per year. For reference, in Canada, a single household uses about 7,000 kilowatt hours of electricity per year for lighting, appliances and entertainment [6]. Renewable energies can easily provide the amount of energy cited by the study for everyone on the planet [7].

By providing energy across the globe, this sector catalyzes jobs. In 2020 in the United States, 3.4 million people were employed by the renewable energy sector [8]. I the years to come, new jobs and growth in the energy industry will gradually come from the renewable sector [9]. On the contrary, it is a drastic decrease in jobs in the fossil fuel sector that will be caused by the deep decarbonization of global economies.

Renewable energies are in the form of intermittent energy flows whose formation is continuous. Fossil fuels were formed several million years ago and are stored in the Earth’s subsoil [10]. It’s no secret that Earth’s resources are finite. The transition to renewable energies takes its starting point in the excessive atmospheric carbon concentration because, mainly, of the gases emitted by the combustion of fossil fuels. This transition also raises the issue of the finiteness of fossil fuel reserves. However, the manufacture and maintenance of renewable energy conversion technologies involves rare metals and elements that are not renewable. The transition to this system places additional pressure on major mineral resources and specialty metals.

Metals in renewable energy technologies retain their properties and can theoretically be recycled. However, according to researchers from the Polytechnic University in Lausanne, the ever growing energy demand is likely to lead to a depletion in metal reserves and resources by 2050 in a system composed entirely of renewable resources [11]. Although there are no obstacles to the production of energy in adequate quantities, this transition of the energy system involves finite resources of the Earth. There are alternative metals that can substitute those that are rarer. For example, in solar silicone cells, silver can be replaced by copper as a conductive element. Such substitution would reduce energy conversion efficiency, but it represents a possible avenue to address the potential problem of resource and reserve degradation. The renewable system has this advantage of substituting and recycling metals that the fossil system does not have.

It is therefore necessary to continue research to mitigate the future degradation of rare metals to efficiently plan the measures to be taken to enable a sustainable transition. The extraction, refinement, and transport of fossil fuels account for 12% of the entire cycle of energy use. Then, they are often burned using inefficient methods, which leads to significant waste [12]. In the case of renewable energies, there is less waste induced by their manufacture and use, but the challenge lies in the storage of the energy produced. Indeed, these sources generate their energy at certain times of the day that are not dependent on the hours of significant demands. Solar and wind energy are unpredictable since they are dependent on the weather. The energy produced can be stored in batteries to save it for the times when the energy needs are the greatest or when there are breakdowns. However, these batteries are quite expensive, which reduces the value for money of renewable energies [13].

Although there are challenges in setting up a fully renewable energy system, this solution is an interesting one for the problem of excessive carbon emissions in the current global energy model. It is the combination of several climate solutions that will allow us to achieve climate targets, but funding and research in the renewable energy sector is an important component to ensure a sustainable transition. However, they should not only be added to countries’ energy mix; they must completely replace fossil fuels. There is a fundamental difference between accelerating the production of a new energy source to add it to the current mix and between transacting far from the energies that contribute to environmental issues [14]. The addition of new energies to reduce the share of fossil fuels is no longer enough: carbon-based energies must be abandoned.